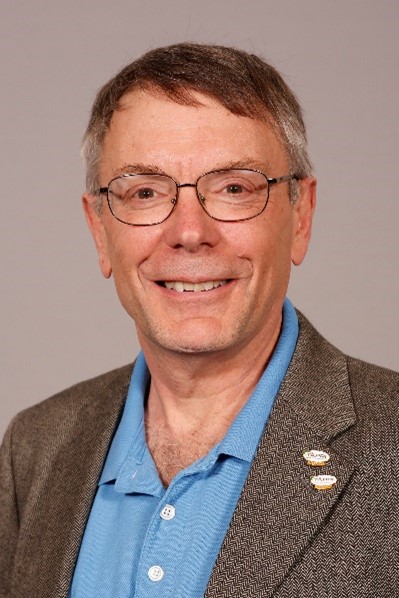 Sutman holds a Bachelor’s degree from the University of Idaho and a Master’s from The Institute of Paper Chemistry.

In 1984, his manager and mentor at Great Northern Paper encouraged him to become active with TAPPI. Sutman joined the Pressing and Drying Committee at his first TAPPI Engineering Conference. He ascended through the leadership roles of the Water Removal Committee and then joined the Engineering Division Council in 1994.

In the early 2000s, Sutman helped with the consolidation of TAPPI’s papermaking conferences that eventually became PaperCon. He completed his term as Engineering Division Chair in 2004 and received TAPPI’s Engineering Division Leadership and Service Award in 2005. Sutman spent several years on the PaperCon Steering Committee, chairing the committee in 2010.

Sutman and a few other TAPPI volunteers started the Runnability Fun Run in 2005. He chaired the Fun Run Committee from 2005 to 2010. Held annually for the last 15 years, the Fun Run has raised over $176,000 for TAPPI Division Scholarships.

Sutman served on TAPPI’s Board of Directors from 2013-2015. He played an active role in the planning of TAPPI’s Centennial Celebration in 2015 by serving on the Centennial Steering Committee and contributing to the commemorative book, TAPPI: Celebrating a Century of Achievement.

Sutman spent the majority of his career in chemical product development, initially for Betz PaperChem, Hercules, Ashland, and eventually with Solenis. This work resulted in 13 U.S. patents and 17 publications. His technical contributions improved the sustainability of papermaking through increased recycled fiber utilization. He retired in 2019 and remains active within TAPPI.

The award will be officially presented at TAPPICon, October 3-6, 2021 in Atlanta, Ga., USA.

About TAPPI:
TAPPI is the leading association for the worldwide pulp, paper, packaging, tissue and converting industries and publisher of Paper360°, Tissue360° and TAPPI Journal. Through information exchange, events, trusted content and networking opportunities, TAPPI helps members elevate their performance by providing solutions that lead to better, faster and more cost-effective ways of doing business. It has provided management training and networking to the industry’s leaders for more than 100 years. For more information, visit TAPPI’s website.