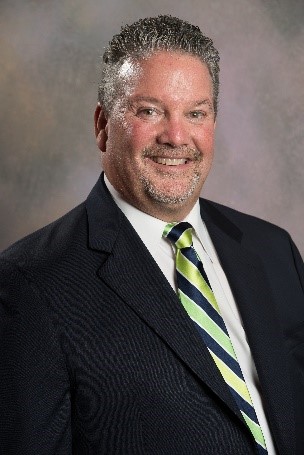 Jeff is a corrugated industry veteran with a career that spans 30+ years. He is passionate about cultivating a team that consistently provides cutting-edge products and tier-one customer service and support.

As VP and GM of Haire Group, Jeff is a key member of the leadership team and oversees day-to-day operations. During his tenure on the leadership team, Haire Group has enjoyed ten consecutive years of record sales numbers. Additionally, Haire has expanded its facility to include a state-of-the-art New Machinery Showroom & Training Center, a key component to the sales process.

Jeff continues to be very active with TAPPI and is the current Vice Chairman of the Corrugated Packaging Council. He is also active in AICC.

When he isn’t working, Jeff enjoys spending time with his wife, Joy, and their five children. 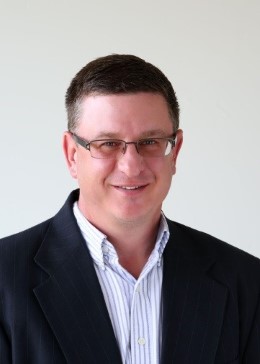 Ed Stuczynski is the Director of Engineering at Menasha Packaging Co, LLC of Neenah, Wisconsin. Ed began his career at International Paper working at the Georgetown, SC and Statesville, NC facilities in a variety of manufacturing roles including process improvement, maintenance, engineering and manufacturing management. In 2002, Ed went to work for Dufrene Machinery/RAR Electric as a project manager. He spent that time working with the various equipment suppliers and box plants managing machinery installations. Ed joined Menasha Packaging in 2006 as the corporate engineer and has worked his way up to the Director level. At Menasha Packagaing, he is responsible for capital planning and process improvement projects.

Ed is a 1992 graduate of the Ohio State University. He has been a member of TAPPI since 2006 and is also currently on the Executive Committee of the Chicago TAPPI local section. 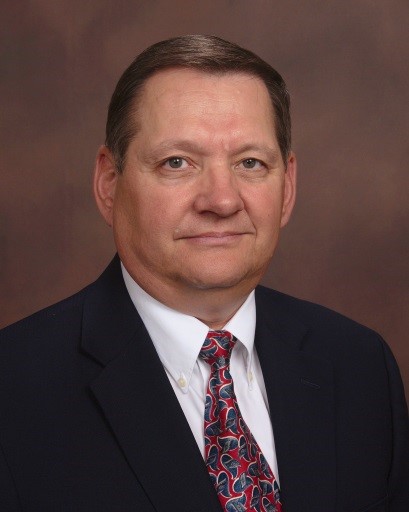 After eleven years of active in the United States Army, Ell began his career in the corrugated industry in 1992 as a shift supervisor.  Subsequently, he has held positions as Plant Operations Manager, Technical Sales Representative, Production Manager, Site Manager, and Zone Operations Manager.  In his current role he is responsible for various capital and process improvement projects in the company.

Ell has an undergraduate degree in Communications from the University of Minnesota, and in 1998 graduated from Indiana University with an MBA in Operations.  He has written several articles on leadership published in Paperboard Packaging.

A TAPPI member since 1998, Ell has held leadership roles on the HR and Safety Committee, and the Scholarship and Awards Committee.  He has been involved as host or speaker at several TAPPI sessions including safety, operations management, and diversity.

Ell lives with his wife Sue in Lakeland, Florida. 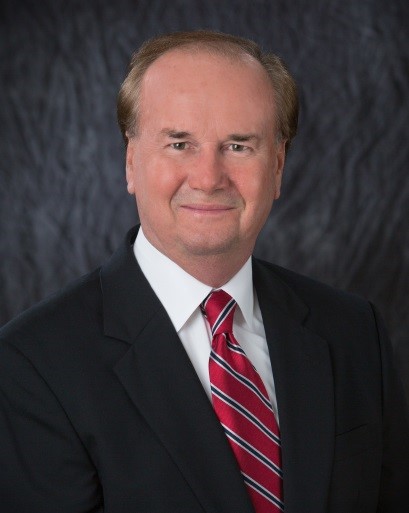 Mills is a 1973 graduate of Clemson University and has been a TAPPI Member since 1997. He resides on Fowl River near Mobile, AL. 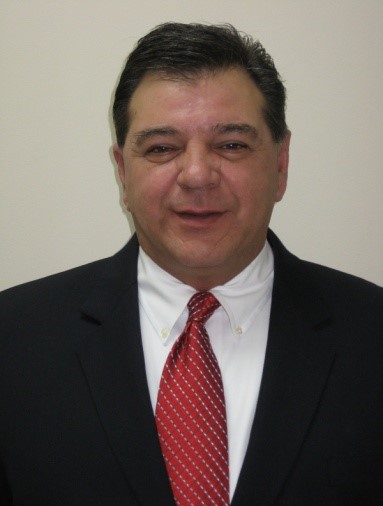 Greg Arvanigian is President of Arvco Container Corporation of Kalamazoo, Michigan. Arvco is an Independent Corrugator with operations in Michigan, Indiana, and Florida.

Greg received his BS in Political Science from CentralMichiganUniversity, in 1984. His career began in the Corrugated Industry in 1984 at, Arvco Container Corporation, the company founded by his father George, in 1971.

Greg held various positions, including Production Manager, Projects Manager, and Vice President prior to succeeding his father as President of Arvco, in 1989.

Heavily involved in the industry, Greg served 16 years on the Board of Directors of AICC, becoming the association’s Chairman in 2001. He also served on the Boards of ICPF and ICCA and has been an active member of FBA, serving on that association’s Independent Corrugator and Data Services committees.

Greg’s community involvement includes service on the Boards of, The Boy Scouts of America and Junior Achievement. He was honored by Big Brothers/Big Sisters of Kalamazoo as their “Most Valuable Person”, in 2008.

In 2008, Greg was inducted into the AICC/Paperboard Packaging Hall of Fame. 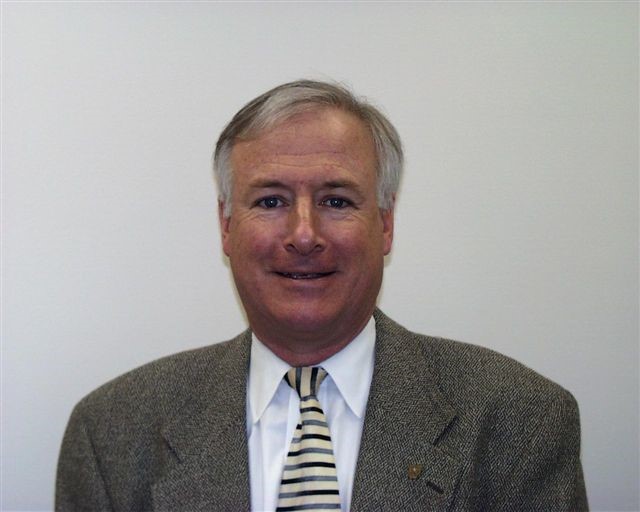 Craig Hoyt is President & CEO of Buckeye Boxes, Inc. in Columbus, Ohio. A 40-year veteran of the corrugated industry, Hoyt earned his BA in marketing from the University of Notre Dame in 1972, and took a sales post in corrugated packaging with Continental Can Company, where he stayed from 1972 through 1975.

In 1976 Hoyt joined the family business, Buckeye Boxes, which his dad had founded ten years earlier. He was named general manager in 1982. Following the 1985 acquisition of Flexible Packaging Company, Hoyt advanced to the position of President and CEO of Corrugated, Flexible and Real Estate in 1987.

A ten-year officer in the Association of Independent Corrugated Converters, Hoyt served as AICC president in 2000 and was inducted into the AICC Hall of Fame in 2015.  He has been a TAPPI Member since 1999 and was appointed to membership on the Corrugated Packaging Division’s Council in 2003. 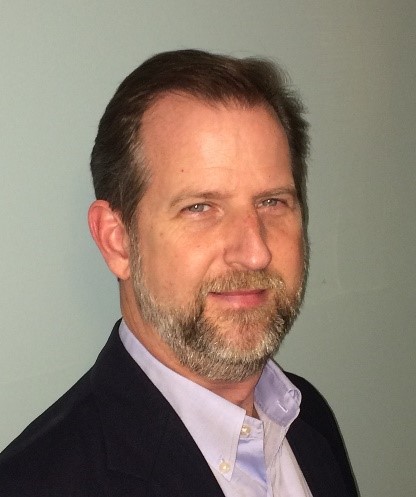 Bert holds a Bachelor of Science degree in Mechanical Engineering from the U.S. Naval Academy and Master’s in Business Administration from the University of Memphis, Fogelman Center.  He became a TAPPI member in 1996 and was appointed to the Corrugating Packaging Council in 2018. 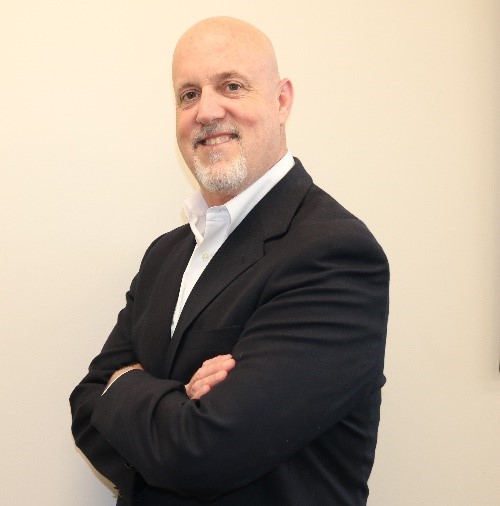 Greg has spent 17 years in the manufacturing and packaging sector. In 2002, he began his tenure with ITW as the National Sales Manager for ITW Shipper Products. He later joined ITW Muller, and spent over ten years delivering equipment and material load containment solutions to clients across various sectors. Rigorously trained in the principles of 80/20, Product Line Simplification, Market Rate Demand, and the importance of cross functional team approach, he applied these skills further for a quick rise in the corrugated industry.

In 2012, Greg joined SUN as the North America Sales Manager. Within three years, he was promoted to Director of Sales and Marketing, and most recently Vice President of Global Sales & Aftermarket overseeing the company’s international sales as well as SUN’s Europe and China operations.

Away from work Greg serves as one of the Pastors at Cornerstone Community Church and volunteers as a mentor to troubled youth in Harford County School System in Maryland.  Greg is married to Karen and proud Father of two high school children Sarah and Paul. 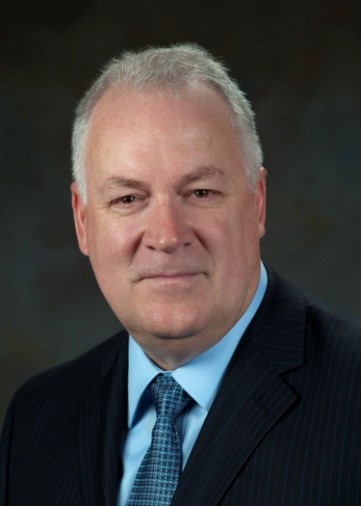 Chris Krumm is Vice President of Operations for CorrChoice a Division of Greif. A 39 year veteran of the Corrugated Industry. Chris spent his early career in a variety of roles with the Langston Corporation and BHS Corrugated. He has been with CorrChoice since 2002.

Chris has been a member of TAPPI since 1990 and has served on the division council, supplier advisory council and Board member for National TAPPI. Chris is a TAPPI Fellow.  A Graduate of Rowan University Chris also earned his MBA from Loyola University and is an Executive Scholar from Northwestern University - Kellogg School of Business. .  Chris is also certified as a Master Black Belt in Six Sigma from Kent State University. 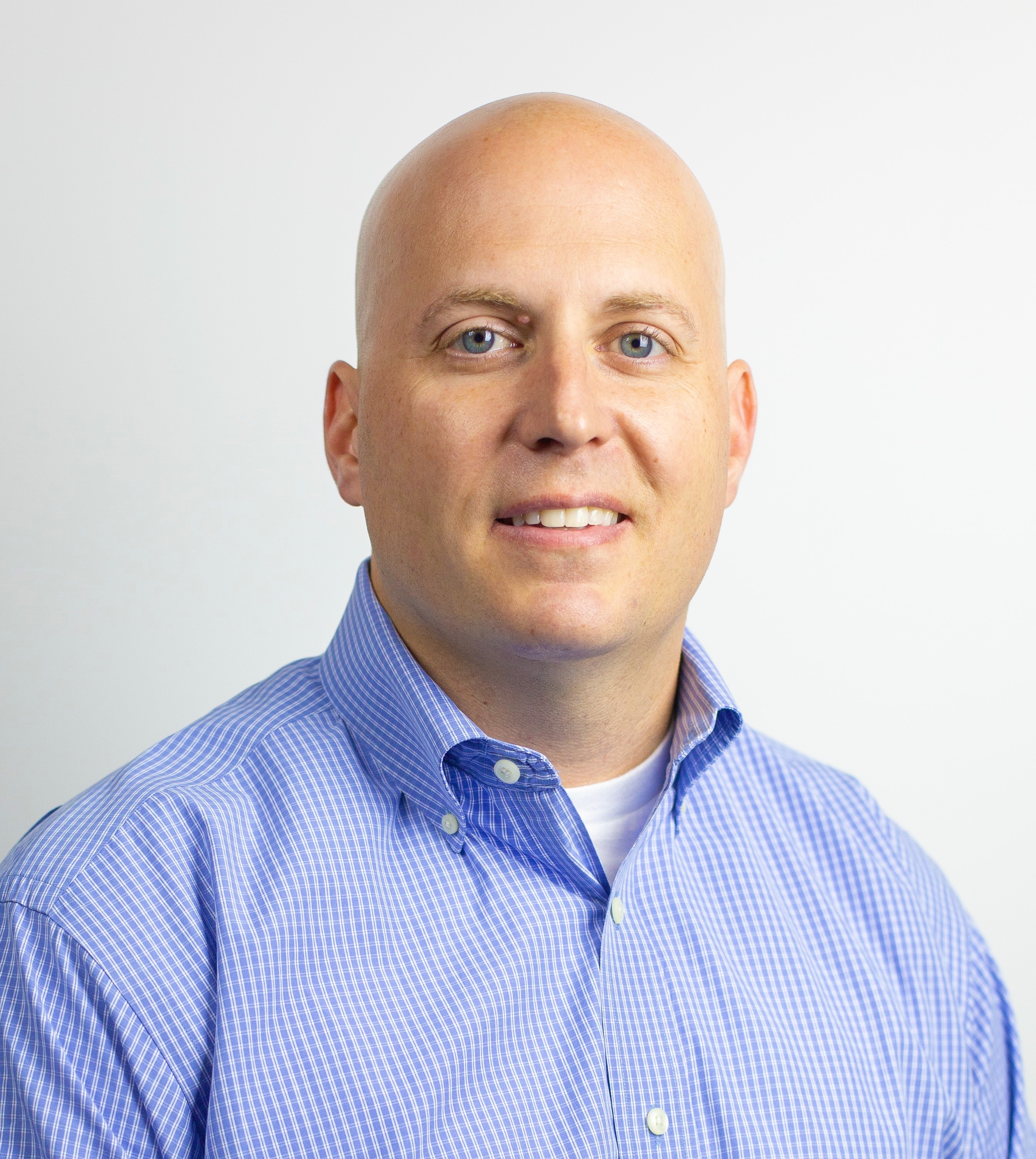 Michael began his career in the corrugated industry in 1995 as an Assistant Plant Engineer at Temple-Inland’s Louisville, Kentucky box plant while pursuing an Engineering degree.

In 1998, he was hired at Temple-Inland as Plant Engineer for the Middletown, Ohio box plant.  During his 14 year career at Temple-Inland, he successfully held the following positions:  Plant Engineer and District Engineer in the Ohio River Valley; Corporate Engineer, Senior Corporate Engineer, and Engineering Manager in Austin, Texas; Plant manager of a 3 billion square foot Box Plant in Lexington, South Carolina.

With International Paper’s acquisition of Temple-Inland in 2012, Michael held the Manufacturing Manager position at the Lexington facility before relocating to the Metro Atlanta area in 2013 for an opportunity with WestRock (RockTenn at that time).

At WestRock, he has held the position of Manager, Capital Planning and Execution, and is currently serving as Vice President, Engineering Services for the Corrugated Container Division.

Michael is a 1998 graduate of Purdue University.  He was first introduced to TAPPI in 2000 at the SuperCorrExpo in Atlanta, Georgia, where he now resides with his wife and daughter. 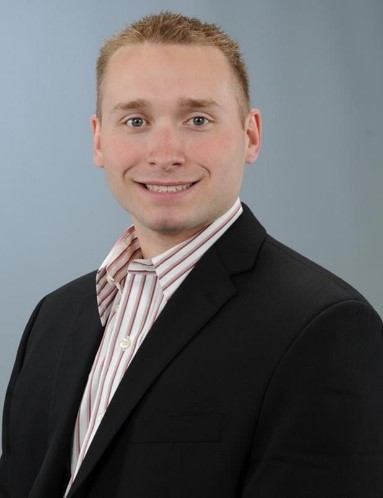 Josh has worked in the Pulp & Paper Industry for 8 years and currently holds the position of Regional Sales & Marketing Manager for Greif’s CorrChoice facilities. He attended school at Ohio University in Athens, OH, earning his BBA in 2012 and MBA with an emphasis on Executive Leadership in 2015. Josh worked for Greif in a variety of positions prior to graduating and signed on full time after graduation in 2012 as a Commercial Business Analyst for their Paper Packaging & Services Division. He has also held the positions of Customer Service Representative, Customer Service Manager, lead Greif’s Coating Division, and now works with different specialty product lines for the CorrChoice business units. During these roles, Josh has been responsible for commercial growth across different business units, technical expertise on coating products, marketing and advertising, analytics and reporting, and spent valuable time in operations learning and growing. Josh has been a proud member of TAPPI since 2012, serving as both the Chair of the Young Professionals Division and as a member of the Corrugated Packaging Council since 2016. 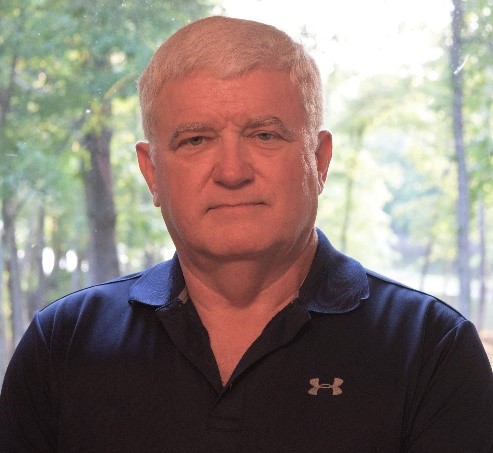 I have a wonderful bride of 35 years, three children, and 2 grand children.  I am a Christian.  I enjoy hunting, camping, and trying to stay ahead of Mother Nature at home. 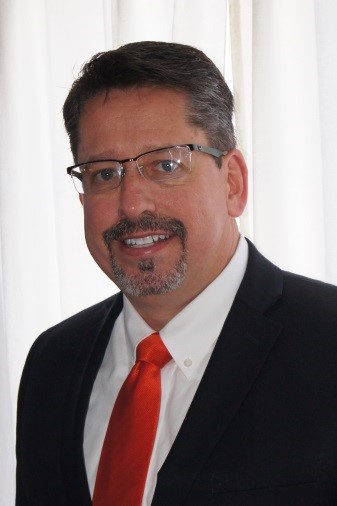 John Semenske is currently the Midwest Regional Sales Manager for BW Papersystems Corrugated Division. John has over 30 years industry experience.  He began his career with Marquip in 1985 in the electronics department while attending Wisconsin School of Electronics where he received his degree in Electrical Engineering. Upon graduating, he joined the Marquip Field Service Department and installed equipment in the US, Europe, Latin American and Asia. When Marquip expanded operations in the Asian market, he was promoted to Asian Field Service Manager and lived in Singapore for 2 yrs. Upon returning to the US, John started Corrugated Concepts, a drives and controls company, then merged with Chicago Electric. John spent 12 years with Chicago Electric providing drive and controls upgrades to the industry. In 2007 he rejoined Marquip (now BW Papersystems) as the Midwest Regional Sales Manager 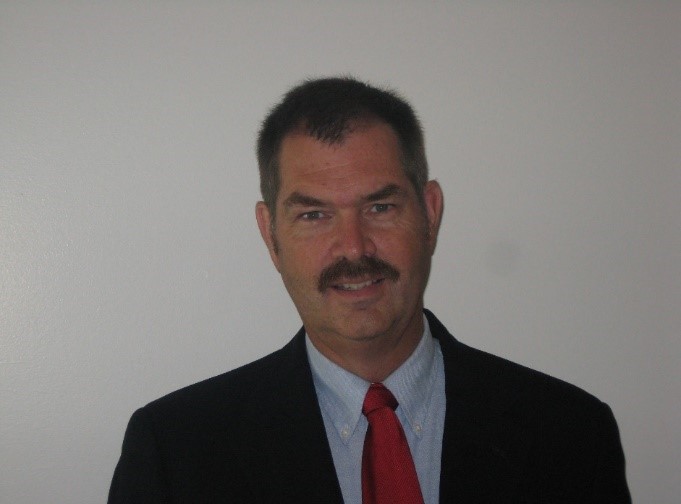 Tom is a graduate of Michigan Technological University with a BSBA Industrial Management. Following graduation he was commissioned as an Armor Officer in the US Army and served in various leadership positions as a member of 1st Battalion 34th Armor, 1st Infantry Division until 1989.  After leaving active duty he entered the Michigan Army National Guard where he served as a Tank Company Commander for C Co 1-246 Armor during the Desert Storm era. Following three years as a company commander Tom served in various staff positions while also beginning a career in the corrugated industry. He spent almost ten years as a corrugator supervisor for Advance Packaging Corporation before moving into the Quality position.  He has been certified as a Manager of Quality/Organizational Excellence by the American Society for Quality.

Tom has participated in Chicago TAPPI and TAPPI functions for the last 30 years and recently completed a six year term as an officer of the Fiberboard Shipping Container Testing Committee (FISCOTEC) working his way through the roles of Secretary, Vice Chair and ultimately a 2 year term as Chairman.

He has also been an active member of the Fibre Box Association Technical committee and the TAPPI CORBOTEC committee. As the Chair of the FISCOTEC committee, Tom also represented the committee on the Corrugated Packaging Council (CPC), the Awards Committee and the Quality Standards Management Committee.  He will now serve in an elected position on the CPC through 2020.