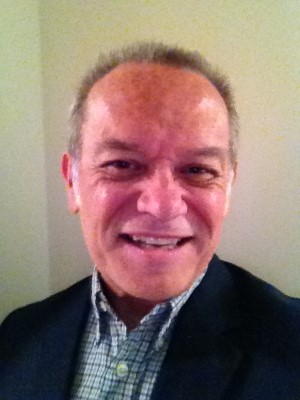 Spending 40 years with the same organization is pretty rare these days. In fact, it’s probably as inconceivable as applying for a job through a classified ad.

And yet, that’s exactly what Charles Bohanan did.

In 1973, Charles graduated from Georgia State University with a degree in Chemistry – and a wide open career path. He spent a year and half as a chemist with Hill Manufacturing in Atlanta. Then, one fateful day he picked up a newspaper and responded to a classified ad for a Technical Editor. That job was with TAPPI Journal.

Fast forward 40 years, and Charles Bohanan is a fixture at TAPPI having worked in a progression of different roles including his current one as Director of Standards and Awards. He plans to retire this August.

“I am one of those rare people who managed to have enough varying opportunities with one employer to keep my interest strong and make career progress,” Charles remarked recently. “Staying with one organization for a long time used to be the career norm, but no longer. I am still surprised I managed to do it!”

While he officially joined TAPPI as an employee in 1975, he became a member in 1982. In 2013, he was named a Fellow. By virtue of his career, Charles is also a member of the American Society of Association Executives (ASAE). In 1994, he was designated as a Certified Association Executive by the same organization. With TAPPI, he served as a Division Administrator (the former title for Account Manager), either permanently or temporarily, for nearly all of TAPPI’s Technical Divisions.

Looking back over his long and successful career, Charles says he has learned that very few people in association management actually started out that way, or even has that career in mind while still in college. He feels very fortunate to have spent his with TAPPI. “I survived many changes over the years,” Charles said. “Overall, each change led to new challenges. After successfully managing the Standards program, I was offered the chance to work with more volunteers where I learned a lot more about what the Technical Committees do.” He used that as a way to expand his abilities and to enhance the Standards area. “I am very grateful for the opportunities that TAPPI has always been willing to offer me.”

With little more than a month left before retirement, Charles says he is looking forward to spending more time playing in a rock band he recently joined, Rockit 88, and picking up the pace on his piano lessons. He’s also hoping to find more time to devote to studying Spanish or French which will come in handy for his travel plans.

The one thing he’s glad he won’t be doing this time around? Looking for a job. “I’m not sure I would even know how to do it!”

Q. Why did you decide to join TAPPI?

A. I joined the staff in 1975 as a Technical editor for TAPPI Journal. When I became Test Methods Administrator in 1982, TAPPI membership occurred.

Q. Please describe your involvement with TAPPI over the years.

A. I am on staff, so I am not actually a member of any committees. I have served as Division Administrator (former name for Account Managers), either permanently or temporarily, for almost all of TAPPI’s Technical Divisions. I worked primarily with the Process and Product Quality Division over the years (and am currently their Account Manager) because they do about 80 percent of our Standards.

Q. How has TAPPI helped you in your career pursuits?

A. After joining the staff as a technical editor in 1975, I began to learn more about association management. When I became Test Methods Administrator, this led to more interaction with the members, and a new career path in association management. I became active in the Georgia Society of Association Executives (GSAE), the American Society of Association Management (ASAE), and the Council of Engineering and Scientific Societies (CESSE). In CESSE, I have served as chairman for the Technical Operations and Standards track and made presentations at CESSE meetings. In GSAE, I received its highest award, the Cliff Clarke Award for Outstanding Association Executive in Georgia, in 2006. I also received the Steve Styron Award as Outstanding Committee Chair in 1996, and I served on the GSAE Foundation Board of Directors, both as member and chairman. 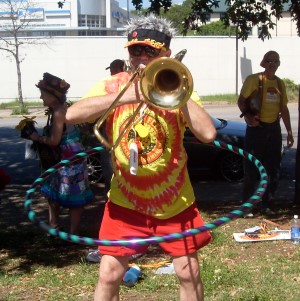 Q. Tell us about some of your interests outside of TAPPI and your professional life.

A. My primary hobby is as a member of the Seed and Feed Marching Abominable, a wacky marching band in Atlanta. The Seed and Feed ( www.seedandfeed.org) has been thrilling audiences since 1974, performing at home and on the road in festivals, on stages, and in support of community events and fundraisers of all kinds. Throughout its history, the Band has electrified audiences with its trademark style of explosive sound and colorful street theater. Originally formed as part of a theatre company, the band is well known for its fancifully costumed performers as well as its high-energy music.

Q. Can you share a unique or fun fact about yourself?

A. I used to perform in community theatres and once played a dead body. I had to lie on the floor for 50 minutes and not move. I set and completed a goal to visit all 50 states by the time I was 50. My new goal is to visit all seven continents by the time I am 70.

Q. TAPPI recently celebrated its 100-year anniversary this year. Would you provide a few thoughts on what you believe have been the most significant contributions/breakthroughs in areas of our industry? Also, what is your favorite paper or packaging product?

A. As a staff member and not an industry person, I don’t really have a good answer for this. What I would comment on is how the industry has changed in structure over the past 40 years. We went from multiple companies and a membership of, at one point, 35,000 to fewer paper companies due to consolidations and a smaller membership due to reduction in workforce of technical people. I am happy to see that the downsizing seems to have settled down, making a smaller industry, but still a strong one. The world will never truly go “paperless.”

A. My association with TAPPI provided me with a career that was successful and satisfying. I may never have known what association management was all about had I not joined TAPPI. I am fortunate to have received so many opportunitiesfor career growth, travel, and interactions with so many of our talented and generous volunteers. As I prepare for retirement, I realize that what I will miss the most are the interactions with our members and other staff.