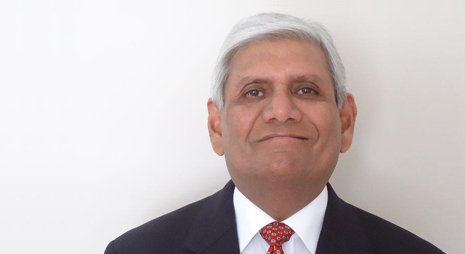 TAPPI member Gopal Goyal has spent more than two decades researching, developing and implementing new pulp and paper technologies that have advanced industry science, including in the leading edge fields of nanotechnology and biorefinery.

Currently a Chief Scientist with International Paper (IP) in Loveland, Ohio, his resume reads like a technical expert’s dream, with nearly 20 published articles on topics ranging from “Anthraquinone Pulping” and “Computer Simulation of Na2So4 + NA2CO3 Solubility Behavior in a Falling Film Evaporator” to “Limiting Molecular Weight of Lignin from Autocatalyzed Organosolv Pulping of Hardwood” and “Mill Scale Application of Peroxyboost.” He has also had 13 industry-related patents granted during his career. As part of his responsibilities at IP, he scouts out new technologies that help reduce manufacturing costs and initiates and manages externally funded research programs. Before IP, he worked for several other companies troubleshooting and optimizing mill processes, as well as supervising multiple start up and pilot programs.

Gopal often notes that it is the connections he made through TAPPI that really helped launch his career. “I keep telling people that I have gotten more out of TAPPI than TAPPI has gotten out of me.” He joined back in 1985 while working as a Research Associate at the University of Washington/Seattle and simultaneously pursuing a Gaduate degree in Chem. E and Pulp and Paper Technology. He attended his first TAPPI pulping conference at that time and was deeply impressed with the depth and breadth of knowledge he found under a single roof. “You could approach any of these technical experts and have a technical discussion which helped me tremendously in focusing my graduate research,” he said. That initial meeting led to nearly 30 years of active involvement, including an array of voluntary leadership positions.

In addition, he currently serves as a member of TAPPI’s International Research Management Committee and has participated as a speaker in several seminars and summits. In 2006, Gopal was named a TAPPI Fellow, and in 2008 was recognized once again with the Joseph K. Perkins award for exceptional leadership and service. Regarding membership, Gopal says, “If you work in the pulp and paper industry, I could not imagine having a career without involvement with TAPPI.” He especially promotes its benefits to those young men and women just beginning their careers in the field. “My advice to young professionals is to get involved with TAPPI—it pays!”

Q. Why did you decide to join TAPPI?
A. During my graduate student days I attended my first TAPPI pulping conference. I was so impressed with the wealth of knowledge under one roof that TAPPI had brought together. You could approach any of these technical experts and have a technical discussion which helped me tremendously in focusing my graduate research.

Q. Please describe your involvement with TAPPI over the years.
A. I joined in 1985 and have served in a number of different leadership positions, including:

In addition, I was a host speaker for the TAPPI tele-seminar, “Increasing the Digester Yield the Old Fashioned Way: Going Back to Fundamentals,” and was an Invited participant at the Agenda 2020 Summit 2020 – IPST. Currently, I also serve as a member of TAPPI’s International Research Management Committee ( IRMC).

Q. How has TAPPI helped you in your career pursuits?
A. I found this to be a great venue for making connections with leading industry experts. I have been very active in for the last 28 years and for that reason I have been able to develop a global network. Being involved in many TAPPI leadership roles has helped me develop and apply leadership and teambuilding roles at my job, along with close friendships in the industry and TAPPI staff.

Q. Tell us about some of your interests outside of TAPPI and your professional life.
A. I am an avid golfer. As much as I like to work, I could play golf seven days a week and never get tired of it.

Q. Can you share a unique or fun fact about yourself?
A. I travel a fair amount for my job and during my travel I have run in to people like Mike Wallace and Ed Bradley ( 60 Minutes reporters). Thanks to TAPPI conferences that helped me in developing my speaking skills, I was able to strike a conversation with these people and had interesting conversations.

Q. Closing sentiments?
A. If you work in the pulp and paper industry, I could not imagine having a career without involvement with TAPPI. Attending and organizing many conferences over the last 25 years has been very instrumental in developing my technical and leadership skills that made me very successful at my job. I keep telling people that “I have gotten more out of TAPPI than TAPPI has gotten out me.” My advice to young professionals is to get involved with TAPPI – it pays!