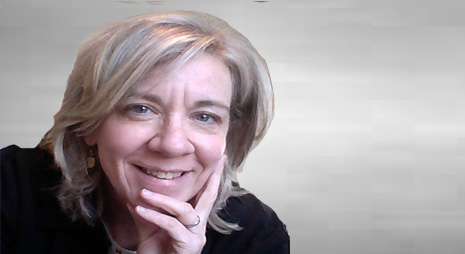 If you were to suggest that pulp and paper (P&P) entrepreneurship runs in TAPPI member Pamela Cowan’s family, then you’d be exactly correct.

After working in mill operations for several years, and following WWII, her Canadian grandfather established an engineering firm (E&B Cowan) that focused on building paper mills. Applying diversity long before it became a practiced concept, he hired a cadre of refugee engineers from across Europe. Their diverse education and training ensured innovative approaches to problem solving and the firm was a success. Her father then earned his PhD from the Institute of Paper Chemistry, and after working at E&B Cowan eventually branched out on his own forming Pulmac. It was during this time her father invented the MasterScreen and Zspan testers.

Before and after graduating with a degree in business administration from the University of Vermont, Pamela worked at both E&B Cowan and Pulmac in a number of roles, eventually concentrating in finance and operations. But she, too, struck out on her own and in the early 2000s co-founded a telecommunications system provider company. In 2013 she returned to Pulmac, tackling not only the role of Chief Financial Officer, but also Chief Marketing Officer. It was at that point that she decided to join TAPPI.

“I wanted to be more connected to the industry,” Pamela said. “As a supplier, I needed to have a better feel for the dynamics of pulp and paper mills.”

It wasn’t long before Pamela found herself fully engaged. While attending the 2015 PaperCon, she learned about an open meeting to kick off a women’s committee. “I’ve always had an interest in women’s issues, so it was a natural for me to attend.” Today she serves as Chairperson of the PIMA Women in Industry Committee and also sits on PIMA’s Executive Council.

“The best career experiences I’ve had were when I was part of a diverse, but complementary team,” Pamela said. “Men and women bring different things to the table, and the best teams have both in them.” She views the Committee as a venue for women in a typically male-dominated field (especially in mill operations) to connect and discuss issues that are unique to them. “We provide tools and information through mentoring, webinars and discussions which encourage women to succeed in their careers.”

Not only is it a committee, Pamela notes, but also a community and women can take advantage of both aspects. They can feel strength in numbers at industry events, share war stories, or jump into building the committee by working on one of four subcommittees: Career Tools (webinars, etc.) Celebration (Woman of the Year Award/quarterly profiles), Engagement (recruitment and promotion) and Benchmarking (success metrics).

The group is also reflective of the industry’s female demographics. “We have a lot of boomer women who are eager to help their millennial counterparts achieve the same success they’ve had, but with more help than they had access to,” Pamela said. “It is definitely a great experience for young up-and-comers.”

To facilitate communication, the Committee makes frequent use of TAPPI Connect. “We use it to collaborate on all the work we do in subcommittees,” she noted. “We store all agenda/minutes there, and also communicate through it. It’s a tremendous collaborative tool.”

Overall, Pamela sees a bright future for both P&P and the growing number of women in it. “The involvement of more women can only strengthen our industry,” she said.

Q. How has TAPPI membership helped you in your career pursuits?

A. It has provided the opportunity to strengthen relationships with various stakeholders and customers of Pulmac. It has also exposed me to the very rewarding position of getting the Women in Industry Committee off the ground with a dynamic group of creative women with whom I am tremendously enjoying working.

Q. What TAPPI activities have you been involved in and what resources have you used?

A. As mentioned previously, the Women in Industry Committee is my biggest activity. As a supplier to the industry, we also take advantage of the market information provided in TAPPI’s publications. They have been a critical component in identifying our growth strategy and monitoring the market impact that strategy is likely to have. I’ll also be attending the Gulf Coast Local Section meeting in a few weeks in Starkesville, MS, and of course I’ll be at PaperCon2017!

Q. Tell us about some of your interests outside of TAPPI and your professional life.

A. I love all things business. I’m on the Board of Advisors for the Vermont Small Business Development Center. I was the head of StartupVT (before getting back into Pulmac), which is a volunteer-based, non-profit whose purpose is to help foster a vibrant entrepreneurial ecosystem in Vermont. I have also been financial mentor to many startups in the area.

And, I love to play racquetball! It is very complex because it is all about being ahead of the trajectory of the ball which can bounce off all the walls and the ceiling. It’s also very fast moving (I love downhill skiing too….the steeper the slope, the more fun I have), and is a lot like business. In racquetball, it’s all about instinct. You don’t have time to inject deductive reasoning.  I’m not saying business is all like that, but some aspects of business are very much like that because business is about people and how you interact with people makes all the difference in the outcome of that interaction. So, that’s the connection for me.  And, I love both! 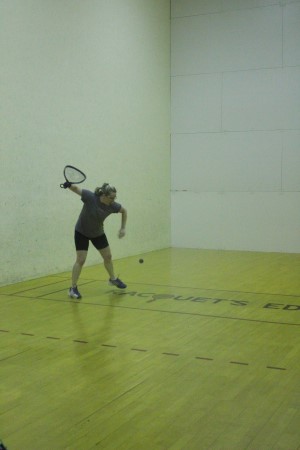 Q. Can you share a unique or fun fact about yourself?

Also, I am part of the third generation of Cowans to contribute to the P&P industry. My grandfather, Elijah Cowan, founded E&B Cowan which constructed many of the North American mills around today. He also invented the once popular Cowan Screen. My father, Wavell Cowan, founded Pulmac and invented the ZSpan and MasterScreen. My brother, Joff Cowan, put Pulmac on the map through the conversion of the Shive Analyzer into the MasterScreen, increasing its functionality to screening stickies. All three generations just mentioned are named on various patents.

Q. Please provide a few thoughts on what you believe have been the most significant contributions/breakthroughs in areas of our industry?

A. I would be remiss if I didn’t mention my family’s contributions (as noted above). But from a broader perspective, I would have to say that notable innovations have come out of our desire to create environmentally friendly (and paper-based!) food packaging products.

A. I have tremendously benefitted from my role on the Women’s Committee. Conferences are now that much more fun because I get to see all those great folks with whom I have worked over the phone. We all really feel part of something special.