45 Years of Membership by Bruce Lyne 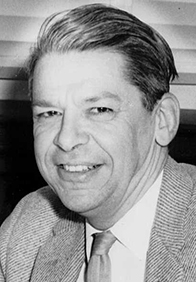 Having been a member for more than 45 years, I can look back on many opportunities that TAPPI has given me to work and interact with the giants of our industry, and the way this helped guide my career path. Further, my dad Murray was active in TAPPI from 1946 and I can remember my mother poring through the New York Time entertain

ment section each January before they headed to the TAPPI Annual Meeting to see what was a must-see on Broadway. Sunday school was ritually followed by going to the E B Eddy research laboratory with my dad so he could spend a few hours with Wilfred Gallay planning experiments. This was a bit like Andre Geim and the crazy Friday afternoon investigations in his lab at Manchester that ultimately won him the IgNoble prize for suspending a frog in an intense magnetic field, and the Nobel for his discovery and characterisation of graphene...everything was on the table, even if it was not in the mainline interest of the company as they were working on Sunday. While Dr. Gallay's daughter Susan and I were given free rein to experiment in the lab, they discussed mysteries that intrigued them such as what held a wet web together and allowed it to transfer from the wire section to the presses on a papermachine. After devising a rig to measure wet web strength they started altering suspected parameters such as surface tension, beating and fiber length. From this, they could demonstrate that wet web strength was not a manifestation of bonding, as previously believed, but derived from surface forces as menisci retreated during dewatering...and meanwhile, Susan and I learned how to make paper with all sorts of odd additives!