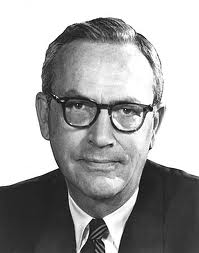 I want to acknowledge a number of individuals who influenced my path along the way and inspired me. One in particular, who some of you will remember, is the late John Strange. John was president of the Institute of Paper Chemistry when I first joined the faculty in 1968.

As a young engineer, I thought about focusing on alternatives to kraft pulping in the early 1970s. Dr. Strange told me “Raj, leave the pulping to pulping engineers. Cellulose is our basic raw material and we know so little about it; stay with your work on deeper fundamental understanding of the phenomenology of cellulose”. He was a visionary who risked investing $50,000 in 1969 dollars to purchase one of the first generation of laser excited Raman spectrometers to allow me to pursue the path that I regarded as very promising.

I was also very fortunate in that a number of incredibly talented doctoral students chose to work with me in the 1970s to lay the foundation for interpretation of the Raman spectra. Now that Raman spectrometers are becoming much more common in analytical laboratories, that foundational work has opened the way for many others to use the methodology to characterize celluloses.

Another person I must mention is my collaborator for almost 30 years, David VanderHart of NBS, now NIST, who has been my friend and partner in developing the application of 13C NMR spectroscopy to advancing our understanding of native celluloses. His integrity and gift for dispassionate critical analysis of data have been an inspiration.