The Start of the Twin Wire Former Mentoring by Ben Thorp 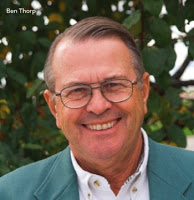 In the 1950’s, Time-Life Corp. forecasted a growth in postal rates which would have made it cost prohibitive to mail magazines that used 50 + pound sheets. The company established a secret pilot papermaking, coating and printing facilities in Stamford, CT with the goal of making 30+ pound sheets to replace 50+ pound sheets with equal print quality. The pilot equipment ran at commercial speeds, many solutions were found and many patents were filled.

machines “south of the pulp mill” in St Francisville, LA. The first machine would be a conventional machine and the second would be the world’s first commercial twin wire former.

Beloit was selected as the machinery builder and an alliance was formed in which Beloit acquired some unusual rights to some of the Time-Life technology. Beloit then sold a twin wire former and rebuilt Q4 machine in the Niagara WI mill. This “Twinverform” became the world’s first commercial twin wire machine. It also triggered legal proceedings between Time-Life/Crown Zellerbach and Beloit, while #2 machine was being built in St. Francisville.

Most of the information about events comes from the memories of those involved and no public records have yet been found. It appears that the proper alliances were not formed in the Scale up and Demonstration phase. The alliance struggle seemed to have slowed the progress of Time-Life/CZ and Beloit. This was a commercial issue, not a technical issue.