2017 starts with sales soaring for paper diaries, notebooks and planners 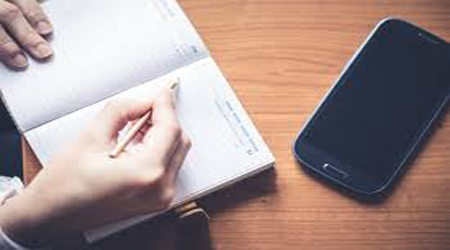 2017 starts with sales soaring for paper diaries, notebooks and planners.

Why in the digital age of google docs and online calendars, are sales for paper products going up each year?

Companies with luxury paper supplies seem to be the most influenced by this 2017 boom.

According to Moleskin’s co-founder Maria Sebregondi, the high end notebook company founded in 1997, says that in a digital world, paper is still valued by young business professionals. “We always see an increase in annual sales of notebooks and paper planners despite other digital opportunities,” she says.

Moleskine’s revenues was $128 million in 2015. Just five years earlier they were seeing $53 million. Paper products accounted for nearly 90 percent of those sales.

Just to rise even more in the first nine months of 2016, with net revenues of $95.89 million and sales seem to be following the same growth pattern now.

This is not the same outcome for many functional stationery markets such as US supply chain Staples who has sold its UK retail store, after posting a $5 million loss in the year to January 2015, as well as closing stores in North America.

Why is there such a difference in demand during this time?

When you buy these types of things what kind do you find yourself purchasing?

Let us know on our community, TAPPI Connect or on our social media at Join TAPPI on Facebook, TAPPITWEETS on Twitter, or TAPPI Member Group on Linkedin.