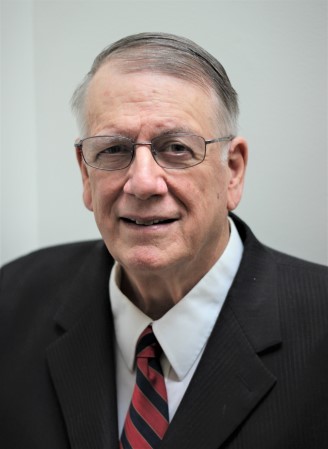 Jack Tippett had an early childhood goal of becoming an Engineer, but through a variety of circumstances, he was led into an academic career in physics, culminating in 1972 with a Ph.D. in Experimental Nuclear Physics from McMaster University.

At graduation, he was hired by Bill Bialkowski as a programmer at Electronic Associates, a small Canadian company that made QCS systems for paper machines.  As his career developed, Tippett took on an ever-increasing management role and, by 1990, was a senior executive.  During this time, he was able to play a technical leadership role in developing a number of early systems including a real-time operating system for field configurable process control, the first distributed QCS, and cross-direction controls of hardness and basis weight (at Sentrol Systems and Valmet Automation).

In 1992, hired again by Bill Bialkowski as a process control consultant at EnTech Control Engineering, Tippett deepened his love for the scientific and methodical application of technology to solve real-world problems.  Since then, Tippett has enjoyed being an EnTech consultant specializing in process control training, process analysis and troubleshooting, primarily on paper machines. Thus, quite unintentionally, he has effectively achieved the goal of his early childhood.

Tippett’s current goals, particularly over the past decade, include that of sharing with younger generations what he has learned about the broad fields of science, technology and life.  Along with publishing a number of technical papers, he co-authored Volumes One and Two of the TAPPI Press Paper Machine Quality Control Systems (QCS).  He continues to teach and to develop training materials as a senior process control consultant.

Both in the field and in his private life, he is passionate about the necessity for humility in science, the importance of being agnostic about the claims of technology, and the need to be certain about the purpose and meaning of life.  Tippett enjoys choral singing, gardening and cooking (mostly the fun part of last two activities).  In his family, he has been blessed by Irena, his very patient wife of 45 years, his four somewhat patient but very clever children, and his six sometimes impatient but very lovable grandchildren.