Biomaterials and Bioethanol from Lignocelluloses 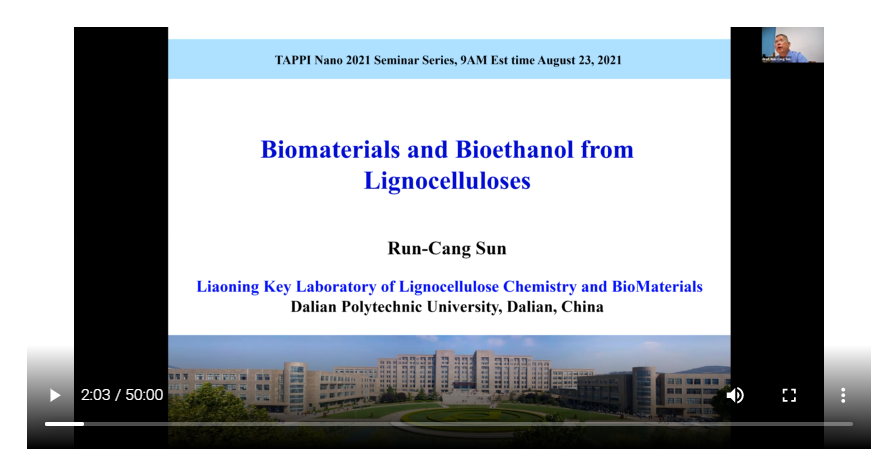 Scientists, Researchers on Biomaterials and biofuels and Graduate students studying wood chemistry and those with Biomaterial and Biofuel companies

Professor Run-Cang Sun, ligniocellulosic chemist, graduated from chemistry department, North-western University, Xian, China in 1982. Then he worked at North-western Forestry College, The BioComposites Centre, University of Wales, UK, State Key Laboratory of Pulp and Paper Engineering as a director, South China University of Technology, Guangzhou, China, Beijing Key Laboratory of Lignocellulosic Chemistry as a director. He was also a Dean at the College of Materials Science and Technology between 2011 and 2015, Beijing Forestry University, Beijing, China. Since March 2019, Prof. Sun has being working at Liaoning Key Laboratory of Lignocellulose Chemistry and BioMaterials, Dalian Polytechnic University, Dalian, China. He has focused on the fractional isolation, structural characterization, and chemical modification of hemicelluloses, lignin, and cellulose from lignocellulose for biomaterials, biofuels, and chemicals. He has published 872 SCI papers in peer reviewed international journals in English, which have been cited over 41,000 citations (his Google Scholar h-index of 100). He edited a book under the title of “Cereal Straw as a Resource for Sustainable Biomaterials and Biofuels: Chemistry, Extractives, Lignins, Hemicelluloses and Cellulose” 2009, Elsevier, London. As invited author, he also authored 35 book chapters regarding utilization of lignocelluloses (in English) such as Encyclopedia of Separation Science (2000 vol. 6, pp. 4568-4574, Academic Press, London). He was granted 135 patents for inventions. He is the recipient of the ACS Cell Division Anselme Payen Award 2020. Prof. Sun is a Fellow of The Royal Society of Chemistry, UK in 2003 and an Editor-in-Chief of “Industrial Crops and Products”,  Associate Editor of “Carbohydrate Polymers”, “BioResources” Journal, “Journal of Biobased Materials and Bioenergy”, He is also a member of editorial board in “Chemsuschem”,“Journal of Agricultural and Food Chemistry”, “International Journal of Cellulose Chemistry and Technology”, “The Scientific World Journal”,Bioresources and Bioprocessing,EcoMat etc.